Google. Beyond the capitals 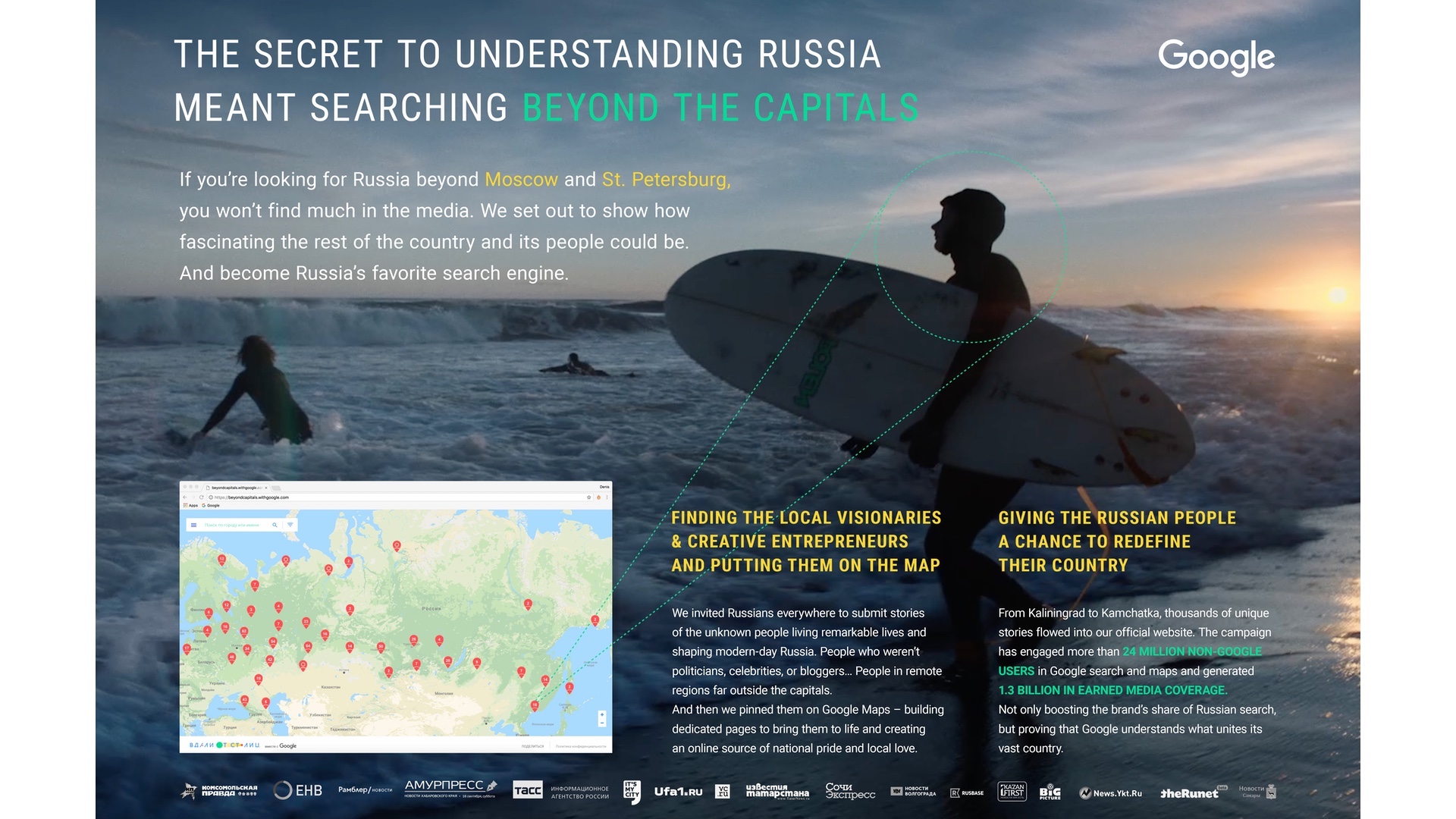 If you are looking for Russia beyond Moscow & St. Petersburg you won’t find much in the media. To fill this gap, inspire a new spirit of national pride & earn local love Google Russia created “Beyond the Capitals”.
We set out to identify, map and celebrate Russia’s most fascinating unknown doers and thinkers. Then invited the Russian people to discover them on Google Maps via Google Search.

Worldwide, Google is king of search, with 92% market share. In contrast, Yandex is virtually unknown, with less than 1%–except in Russia where it’s long been a favorite local search engine. While Google market share has grown in the nation’s largest capital cities, gaining awareness and loyalty of people throughout Russia’s vast territories has been difficult.